Unconfirmed: ‘The Lego Movie’ Directors Attached to ‘The Flash’

Everything is awesome! Or at least, it will be if this story turns out to be true!

The rumor’s been floating around for a little while now, but today, several different sources (Deadline, TheWrap, and Latino Review) are claiming that Phil Lord and Christopher Miller are officially attached to the movie adaptation of The Flash. The story claims that while the two are not signed on to direct as of now, they will be playing a significant role in the film’s development 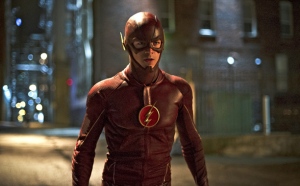 The Flash in the CW’s hit television show.

If true, this would be absolutely fantastic. The Flash is such a uniquely charming character that deserves to have a good movie adaptation; Lord and Miller are the perfect people to help him towards that goal. In addition to their work on The Lego Movie, Lord and Miller have also directed recent comedy favorites such as 21 Jump Street and Cloudy With a Chance of Meatballs. If anyone could help bring this character to the big screen, it’s these guys.

Would you want to see the two in charge of a Flash movie?