With another year behind us, I’ve got another “Top Ten” list for you.

It bears repeating that this list is in no way meant to mean “these are objectively the best of the year and if your favorite isn’t here then it stinks.” These are simply the films that moved me on a personal level this year, and my goal is just to make recommendations.

If there are movies here that you haven’t seen or heard of, then I encourage you to give them a chance. If there’s a movie you think should be on here but isn’t, then let me know in the comments!

10. Marcel the Shell With Shoes On – Directed by Dean Fleischer-Camp

A charming and funny film about community, Marcel the Shell With Shoes On is one of those movies I hope parents take their kids to see. It has such a solid understanding of how people of this generation communicate and has a message that speaks to their struggles without scolding or talking down to them. It’s just a really sweet film that’s worth your time, no matter what age you are.

9. The Banshees of Inisherin – Directed by Martin McDonagh

The Banshees of Inisherin is a beautifully crafted and fully realized dark comedy, with excellent performances from both Farrell and Gleeson, and it’s also hard to imagine myself going back to rewatch it anytime soon.

Just like with Three Billboards Outside Ebbing Missouri, Director Martin McDonagh hones in on how viral humanity’s worst tendencies can become. But instead of putting our capacity to hate under a microscope, he brings isolation, bitterness, and despair to the forefront. While the bleak narrative of The Banshees of Inisherin is offset by McDonagh’s comedic sensibilities, this is a really heartbreaking tale of lost friendship and the self-isolating cost of bitterness.

8. Glass Onion: A Knives Out Mystery – Directed by Rian Johnson

Benoit Blanc’s still got it! Daniel Craig and Rian Johnson return to the Knives Out world with their fingers still placed firmly on the pulse of American culture, delivering a super fun sequel that builds upon everything that made the original work. As a diehard fan of the original Knives Out, Glass Onion was everything I could have hoped for. It’s such a blast, and I don’t want to say anything more about it other than that you should go watch it if you enjoy fun. 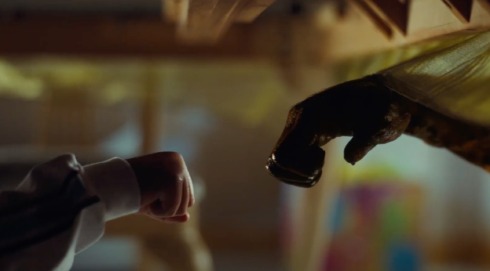 As you may notice as this list continues, we were really spoiled this year when it comes to bold, original blockbusters. Nope might be stuffed to the brim with themes and ideas, but if you strip all of that away, you’d still be left with a daring, intentionally-paced horror blockbuster with arresting visuals, standout performances, and disturbing scares that thrive on what you can’t see.

Jordan Peele uses two parallel stories to explore the relationship between spectacle and exploitation, and the result is a deeply disquieting horror movie about what we choose to give our attention to. Daniel Kaluuya, Keke Palmer, and Steven Yeun are all incredible in this, giving performances that (ironically) you can’t look away from, and Peele displays an innate ability to deftly handle a big budget without losing any of the symbolism or tension-building found in his previous work.

6. The Batman – Directed by Matt Reeves 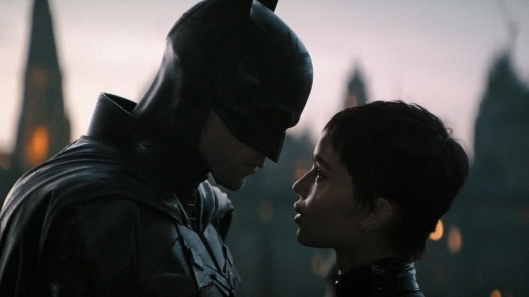 The Batman is a captivating take on the “World’s Greatest Detective” that brings him back to his noir roots while telling a fresh story that asks what good fighting for change can really do. As someone who loves to see his childhood heroes put under a microscope, this movie wowed me.

It’s been a long time since we’ve had a superhero flick that felt this bold. The Batman introduces a whole lot of “darker” elements to the character, but none of these trappings feel edgy for the sake of being edgy – it all feels natural to the characters and the film’s themes. I lost count of the times this movie had me saying “heck yes” out loud. The cinematography is unparalleled, Batman’s defining traits – his code, his masked self being his real one, and the dual impact his presence has on Gotham – are baked into his character right at the top, and the sparse action scenes are executed so dang well.

Come for the great performance, stay for the commentary on art and cancel culture. Tár is a captivating movie might take a little while to sink into, but if you’re willing to give yourself over to it, you might soon find yourself unable to look away. It’s an engaging a well-paced journey through the life of a woman who’s gotten used to waving her hand and having people respond accordingly. Cate Blanchette is AMAZING, bringing humanity into a cold character who wears an intricate mask. 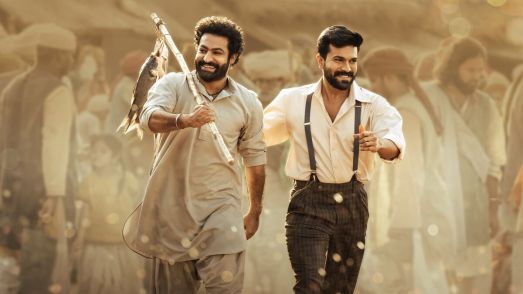 Right from the first scene, this Indian Telugu-language action epic hits the ground running and lays the groundwork for a transformative cinematic experience. It starts with a shocking hook, a legendary villain introduction, an even legendarier hero introduction, and then…magic. It’s epic, it’s silly, and beneath it all, it’s a moving display of what it means to have true, unmovable faith in a cause and how that faith can be enacted. RRR is wild in the best way possible and I’m not saying any more. Just turn it on right now and enjoy the awesomeness. 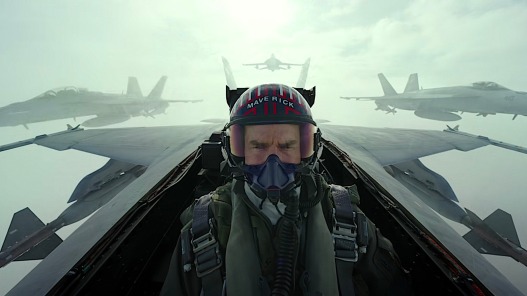 Top Gun: Maverick is an undeniably simple story about letting go of the past, but it’s executed to near perfection. I was absolutely stunned at how each element of the movie fired on all cylinders – astounding action sequences filmed practically, a giddy self-awareness, a powerful emotional core, and one heck of a performance from Tom Cruise.

It’s a story that stands on its own, and in truth, I’m not the biggest fan of the original. But between the practically-filmed action and the story that feels familiar while still standing on its own, Top Gun: Maverick is a summer blockbuster in the purest form, and surely, one of the best “legacyquels” ever made.

2. The Fabelmans – Directed by Steven Spielberg 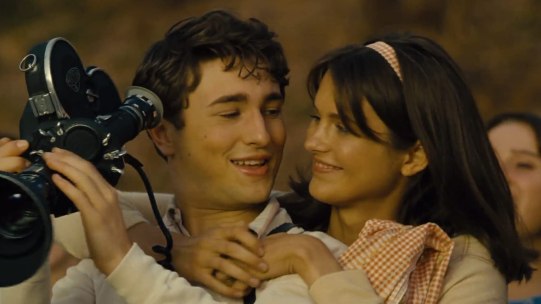 The Fabelmans is one of the best “movies about movies” I’ve ever seen, but even that descriptor sells it short because it’s ALSO a spectacular drama about growing up in a fractured family. Paul Dano and Michelle Williams give standout performances, and Spielberg’s use of non-flashy long takes bring us closer and closer to this family as they’re drifting further and further apart.

Ultimately, The Fabelmans was so special to me for the one thing it does better than any other movie about “the power of cinema.” When Sammy starts making motion pictures, his family starts ascribing meaning to his filmmaking, and by extension, placing their own hopes and desires on his shoulders. Really, he’s just doing it because he loves it. Movies can have as much or as little meaning as we want them to, and sometimes, we learn more about ourselves and others. Sometimes, a movie can capture some sort of truth about ourselves or our world. And sometimes, we just want something interesting to look at.

1. Everything Everywhere All At Once – Directed by Daniel Scheinert, Daniel Kwan 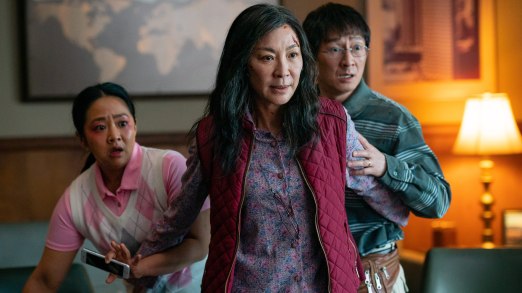 There’s nothing I could say about this movie that hasn’t already been said, but that doesn’t mean I don’t still want to say it. EEAAO is a hugely fun and deeply profound action movie that will break you down and put you back together again every time you watch it. After three viewings, I was still able to find new themes about love and family that feel like they were tailored for me specifically. It’s a blast, it’s moving, and it’s one of the rare films that feels both timeless and made for this very moment.

If you made it to the end of this list, thank you so much for reading! I hope you found a movie or two to add to your watchlist. In the meantime, bring on 2023!